The City of La Palma will officially vote through by-district elections, starting in 2024. 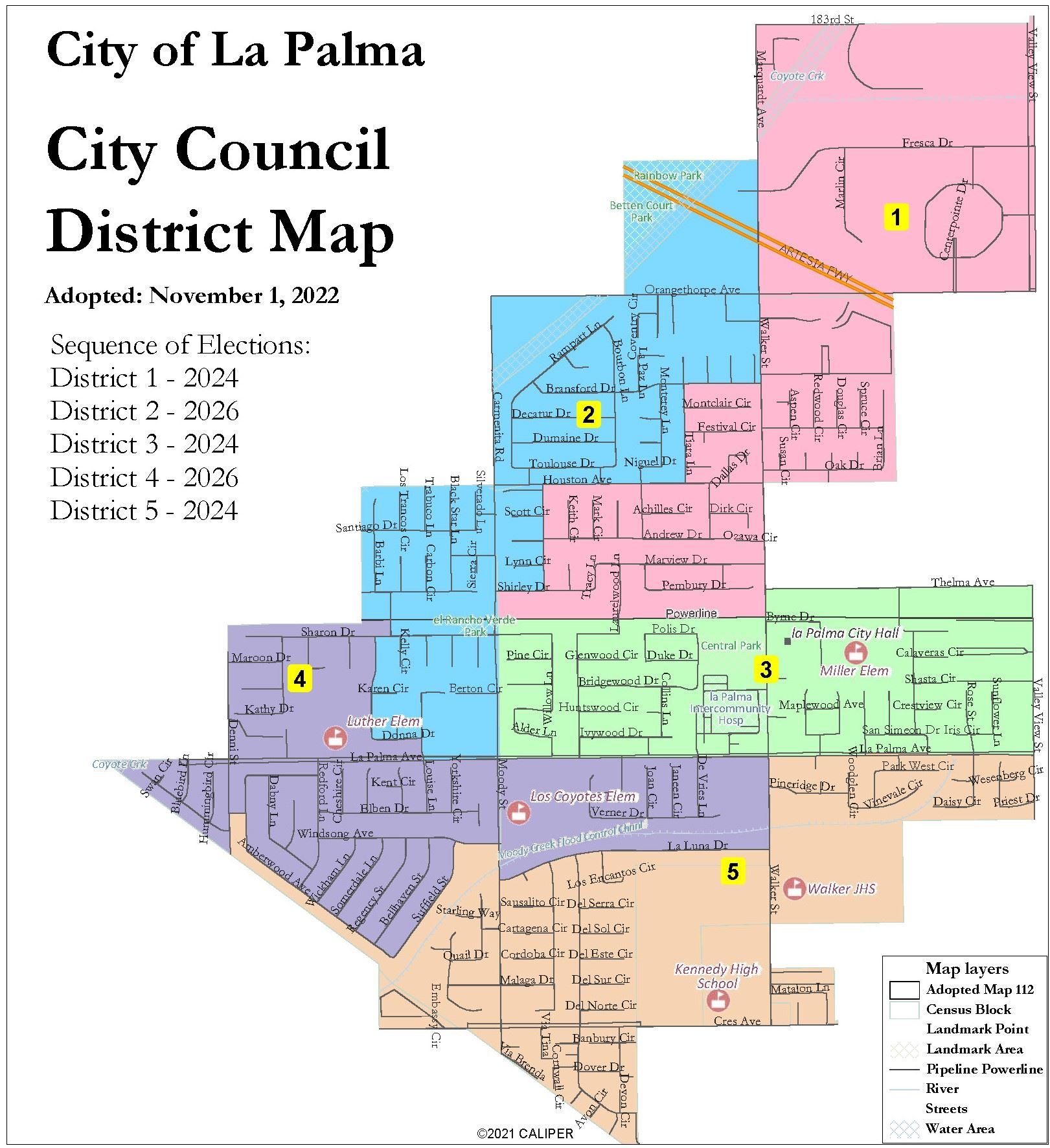 The La Palma City Council finalized the district map and election cycles at the November 1, 2022 meeting. This comes after months of public hearings, community input, and numerous map drawings.

On April 19, 2022, the City Council adopted a Resolution to declare the City’s intention to move to by-district elections. Since then, the City appropriated $155,000 to fund the efforts associated with the transition to districts. The efforts included an agreement to retain a demographer, six public hearings, citywide mailers, news releases, and digital notices. Per Federal and State law, the districts needed to be nearly equal in population and give consideration to topography, geography, cohesiveness, contiguity, integrity, compactness of  territory, and community of interests in the districts.

On October 4, 2022, the City Council enacted the district map (as shown) with three districts up for election in 2024 and two districts in 2026. Despite the City’s efforts, however, none of the districts could be drawn in a manner that was majority-Latino. The City will have an opportunity to redraw the districts following the 2030 United States Census when new demographic data will be made available.

The community may view all of the past engagement and documents relating to the districting process at the following links: