La Palma is a city of just under 16,000 in northwest Orange County. It is 1.8 square miles in area, making it the smallest city by area in the county. Despite its small size, it is served by five school districts, two of which have no school facilities within the community. Many students therefore are assigned to a school which is not the one closest to their home and is not within La Palma. 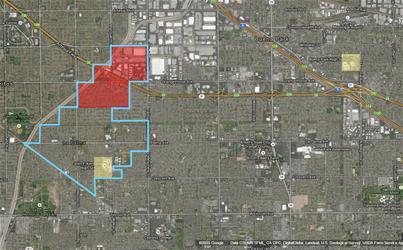 Early in 2015, the City of La Palma conducted a survey of residents north of Houston Avenue about high school choice where 98.59% said  they supported legislation which would allow high school residents north of Houston to choose to attend Kennedy High School in La Palma rather than their home school in Buena Park. These results indicate there is overwhelming resident demand in La Palma for legislation to allow for high school choice and if given that choice, an overwhelming majority of residents would send their high school aged student to JFK High School.

In 2015, Assemblywoman Young Kim introduced AB 523 (2015) the Open Enrollment Act, which would allow all La Palma residents to apply for a transfer if needed to be able to attend high school in La Palma. No school district boundaries would change, residents would simply have a choice. On March 17, 2015, the La Palma City Council voted unanimously to support this legislation. However, AB 523 did not make it out of committee and never became law.

In 2017, the Orange County Department of Education issued new guidelines, instructing school districts to release students to attend other districts, particularly for transportation and child care needs. This means requests to transfer should be approved if it meets these reasons.

Today, the La Palma City Council is still working with legislators to find ways in which La Palma children can attend La Palma schools as well as assisting and advocating for residents in the appeal process with the Orange County Department of Education. 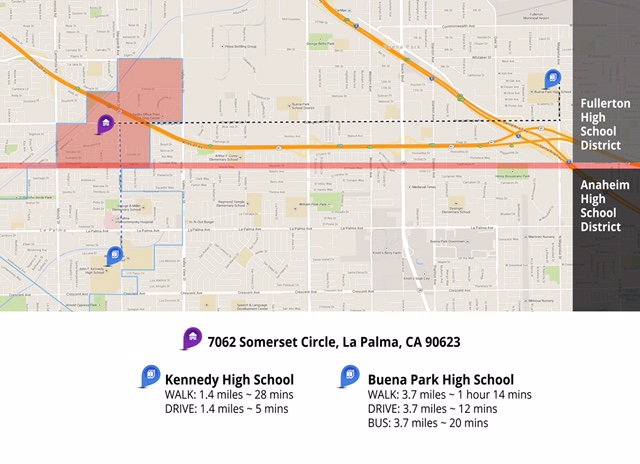